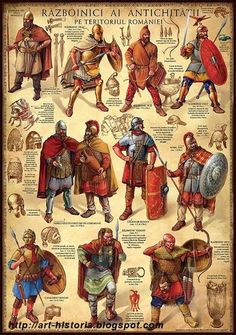 Owen Bush - Dacian Falx. This is the weapon that caused the Romans to alter their armor when they invaded the Balkans. It was so powerful that it would smash through the Roman shields and slash the Roman soldier's arm. The Romans added overlapping plate armor to the right (shield) arm to protect against this.-DK 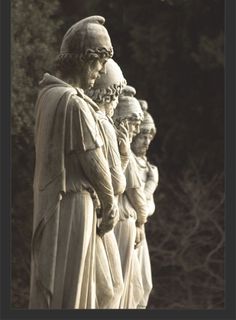 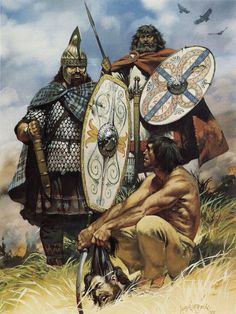 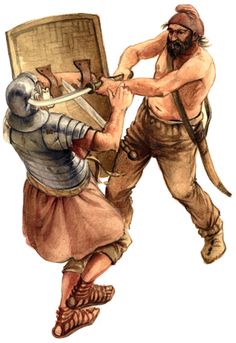 Dacian fighter and Roman legionary during the Dacian Wars

Murals showing the final moments of a Dacian warrior. 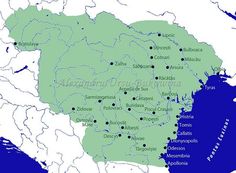 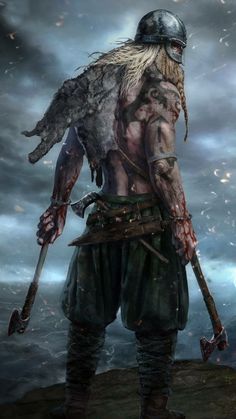 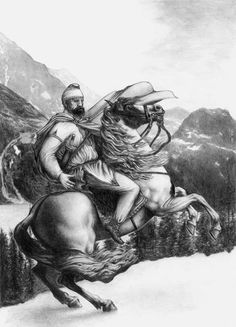 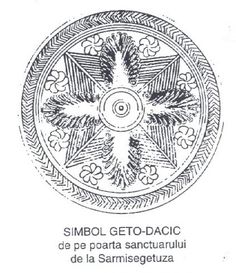 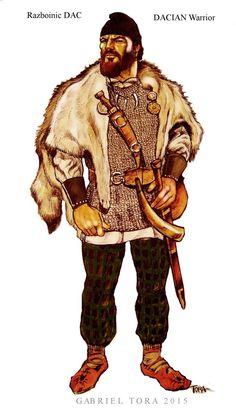 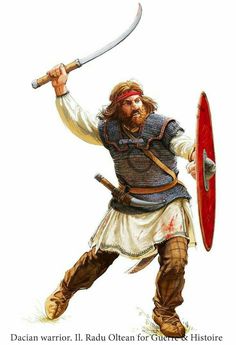 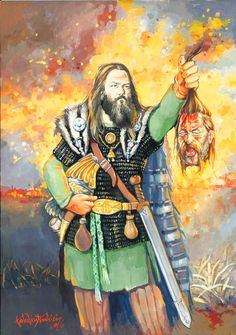 Dacian chief with a head of a celtic enemy

A high ranking Roman Officer trying to negotiate with the Dacian King before the battle of Tapae, 101 CE (a decisive victory for Rome under Emperor Trajan). 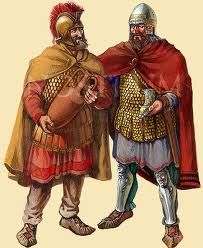